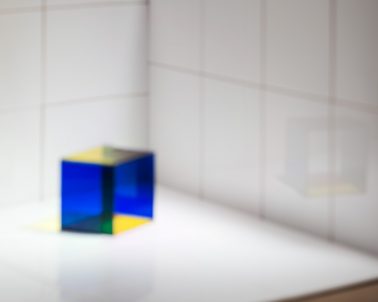 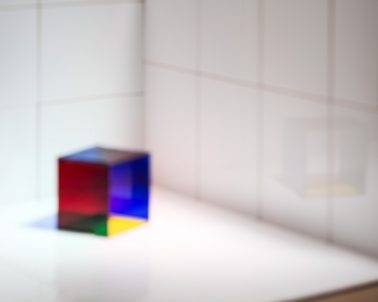 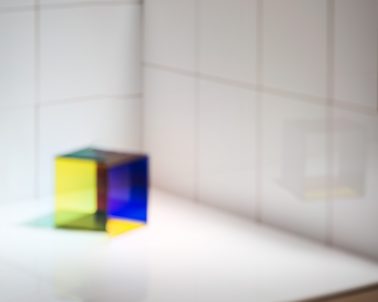 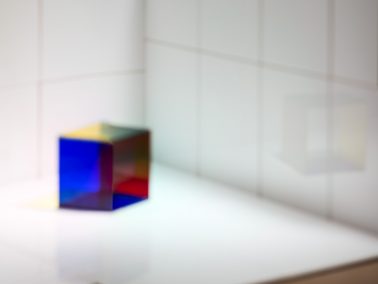 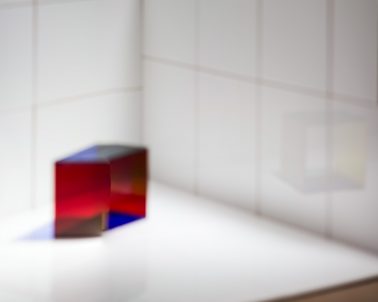 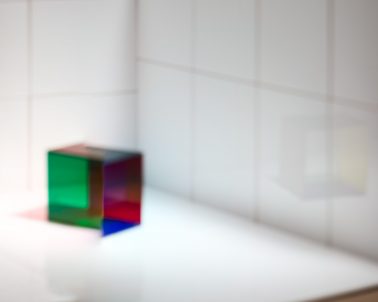 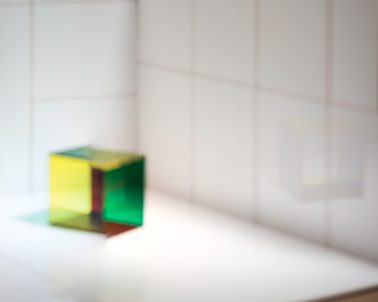 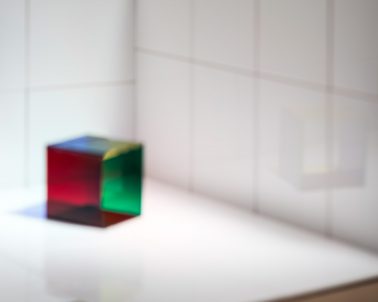 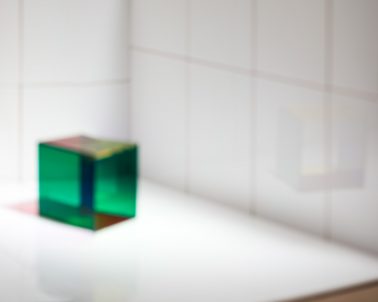 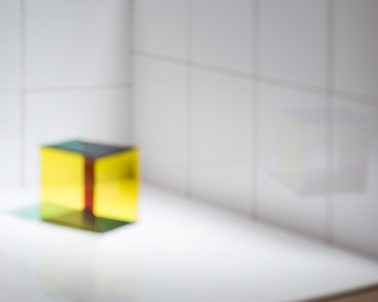 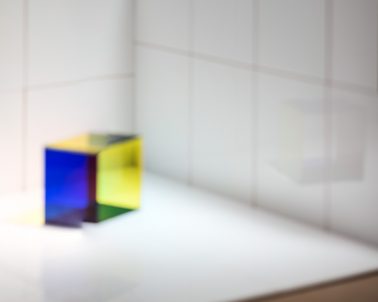 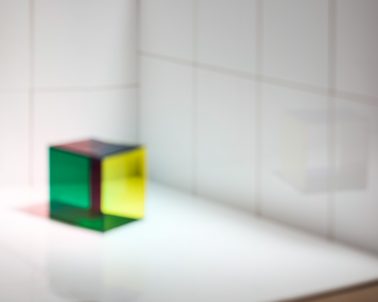 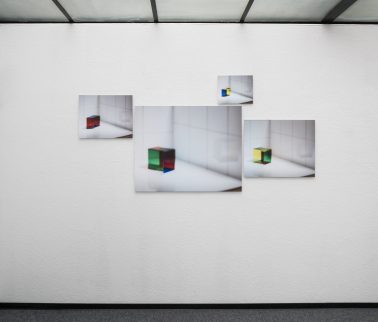 The objects depicted in the work Cube is a polyhedron made of 4 plexiglass plates in 4 different colors – Red, Green, Blue, and Yellow.

Each image image in the work is made of a combination of two photographs. The cubes that got created in the photographs are deformed and disoriented. Opposite to them is a reflection of the original cube, a reminder of photography’s affinity to the truth. Yet that is merely a reflection, almost washed away, making place to the artificial, the fictional, the ghost.